The History of Shiraki Brewery

The Shiraki Brewery is located in Gifu City, which stands close to the center of Japan.
Near our brewery, there is a beautiful river called the Nagara-gawa, which surrounding environment is rich in nature.

Our brewery was founded in 1835.
Approximately one hundred years ago, our brewery was severely damaged from the Nohi-earthquake.
Although it was a struggle to overcome the damages, when we finally did, we decided to name our product “DARUMA-MASAMUNE”.

This was because the word “DARUMA” (Dharma doll) has a meaning deriving from the shape of the doll, “Although it falls over, it always rises” 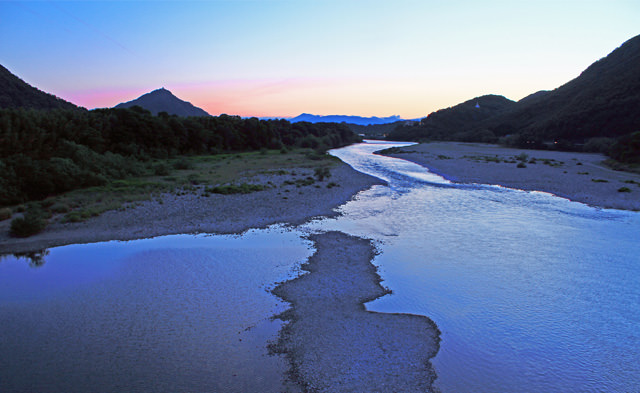 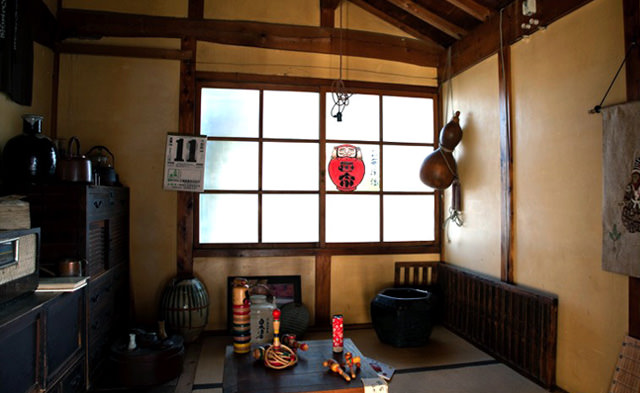 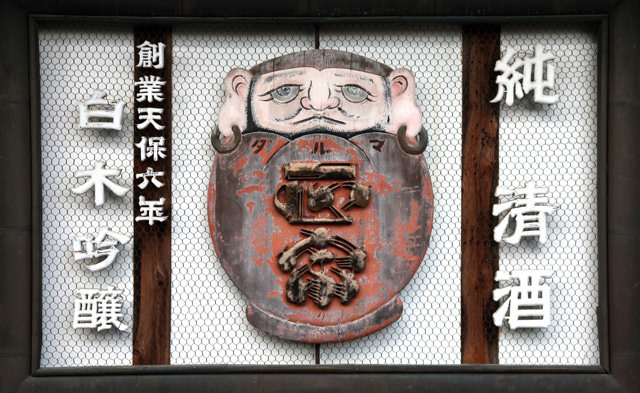 The History of Japanese Aged Sake

In a reference from the Kamakura Era (approx.1200A.D.), there is a description of aged Japanese sake, which was matured for three, five or seven years. This matured sake was called “Ko-Shu”, and it was valued highly by the upper-class people.

The “Ko-Shu”, although it was not in the mainstream, had existed until the end of the Edo Era (approx.1850).
Then why did the culture of “Ko-Shu” cease, and did not reappear until now? The reasons are believed as follows:

(1) Sake is made of rice. Since rice is the mainpart of the Japanese diet, making it very important for consumption throughout the ages, breweries were not enthusiastic in using them for Ko-shu.

(2) From the Meiji Era (1867) to the end of World War II all breweries suffered severe taxation. Therefore, maturing sake was too costly to do at the time.

After World War II, the taxation was reformed, however by that time, the culture of aging sake was forgotten. 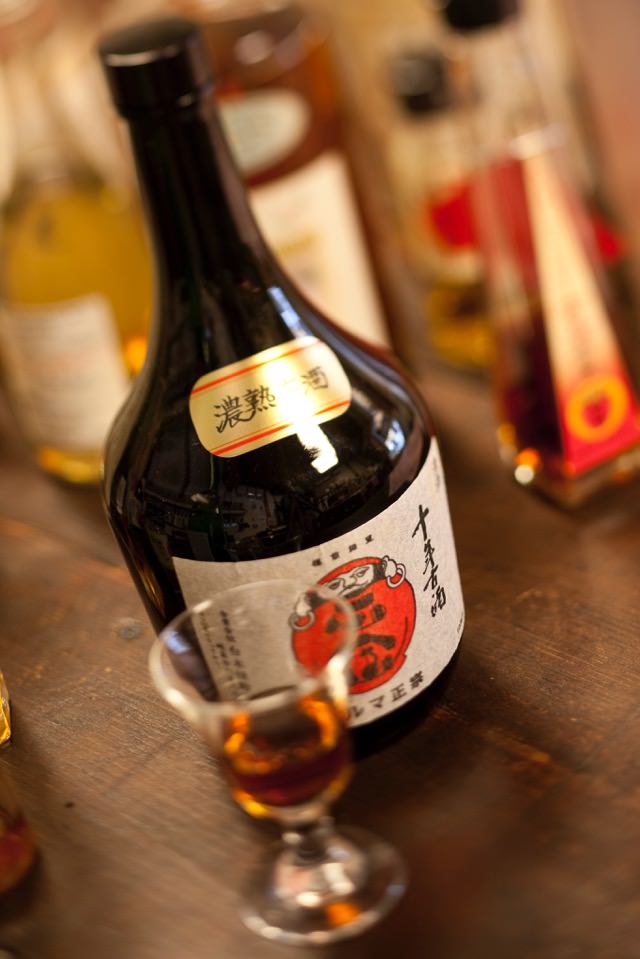 Around 1970, the Shiraki Brewery began to make Ko-Shu because we wanted to brew sake unique and outstanding like the aged sake in the Kamakura Era.

At first, we were not able to make an accurate prediction of how the taste and aroma would change by maturing. Therefore, every year, we prepared distinctive types of sake for ingredient such as sweet type, a non-sweet type, sour type and so on. The rice is polished 30% around the grain to be the ingredient for Ko-shu. The maturing temperature is stabilized at normal temperature, the lowest being 0 degrees Celsius in the winter, and in the summer, not exceeding the highest of 26 degrees.

We think that these elements are very important to make the kind of Ko-shu that existed in the Kamakura Era.

Over the years, we became confident that this challenge was surely not a mistake. Although the results were not exactly what we imagined from the reference, our matured sake has beautiful colors with specially rich and mellow taste, making them very unique and outstanding.

This is how the Ko-Shu (aged sake) of DARUMA-MASAMUNE was born. 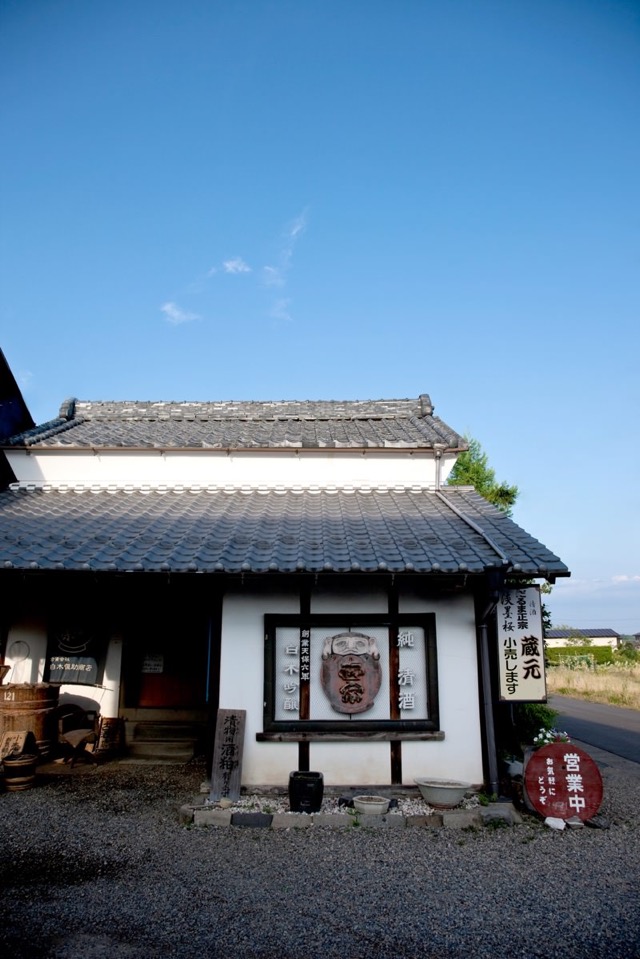 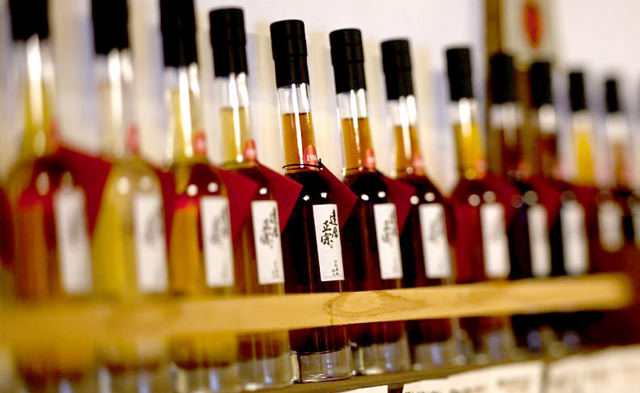 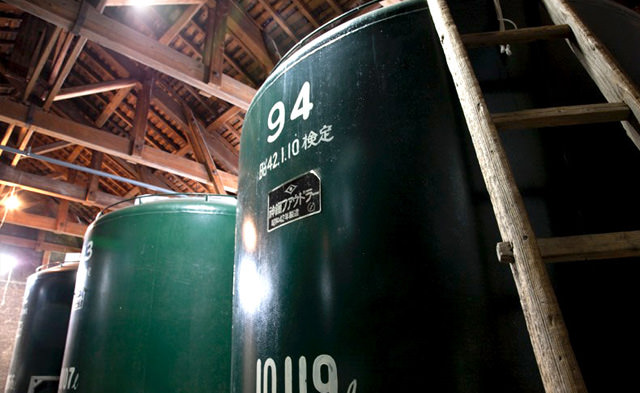 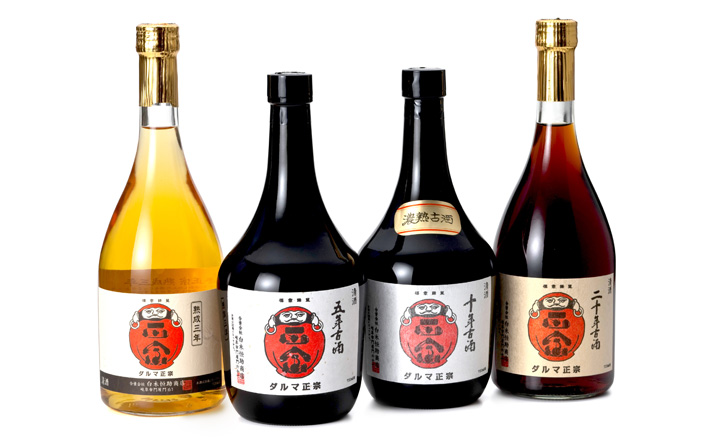 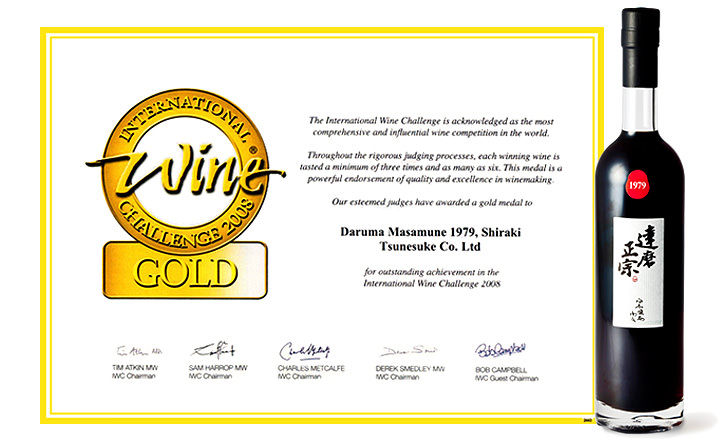 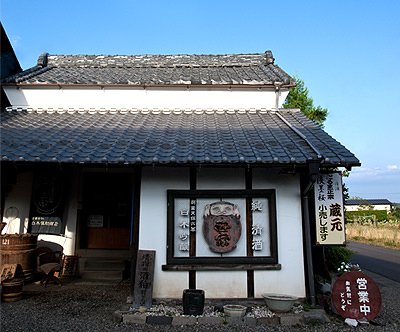